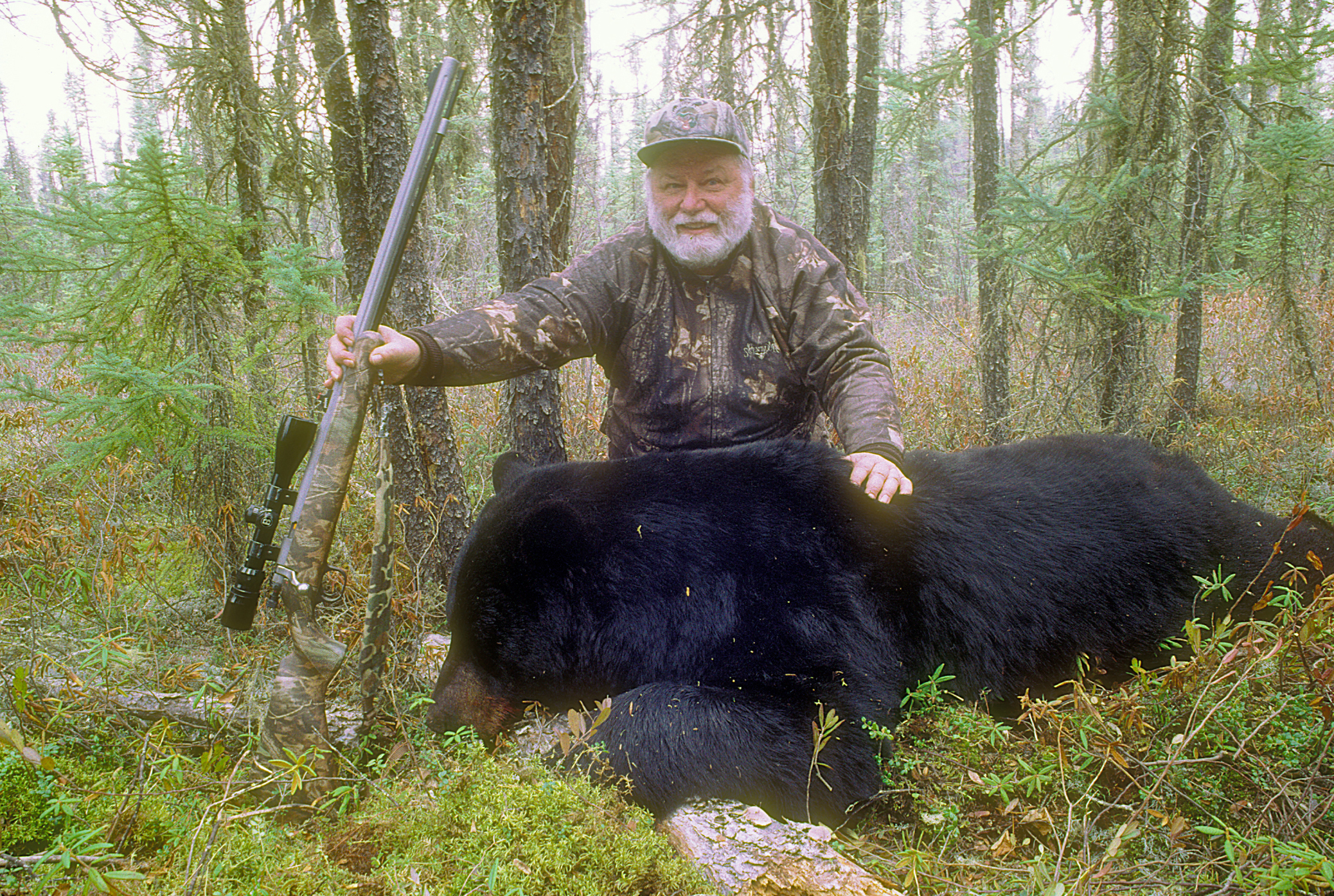 This is my biggest black bear taken with a .45 caliber Knight Muzzleloader during late May of 2002 while hunting with Brian and Shelly MacDonald out of their Lone Wolf Camp in Saskatchewan. This is the second highest scoring black bear for North America in national muzzleloading records. The skull scored 21 14/16 and is also listed in alltime Boone & Crockett Records. The bear weighed 450 pounds during late May and would weigh over 600 pounds in the fall. 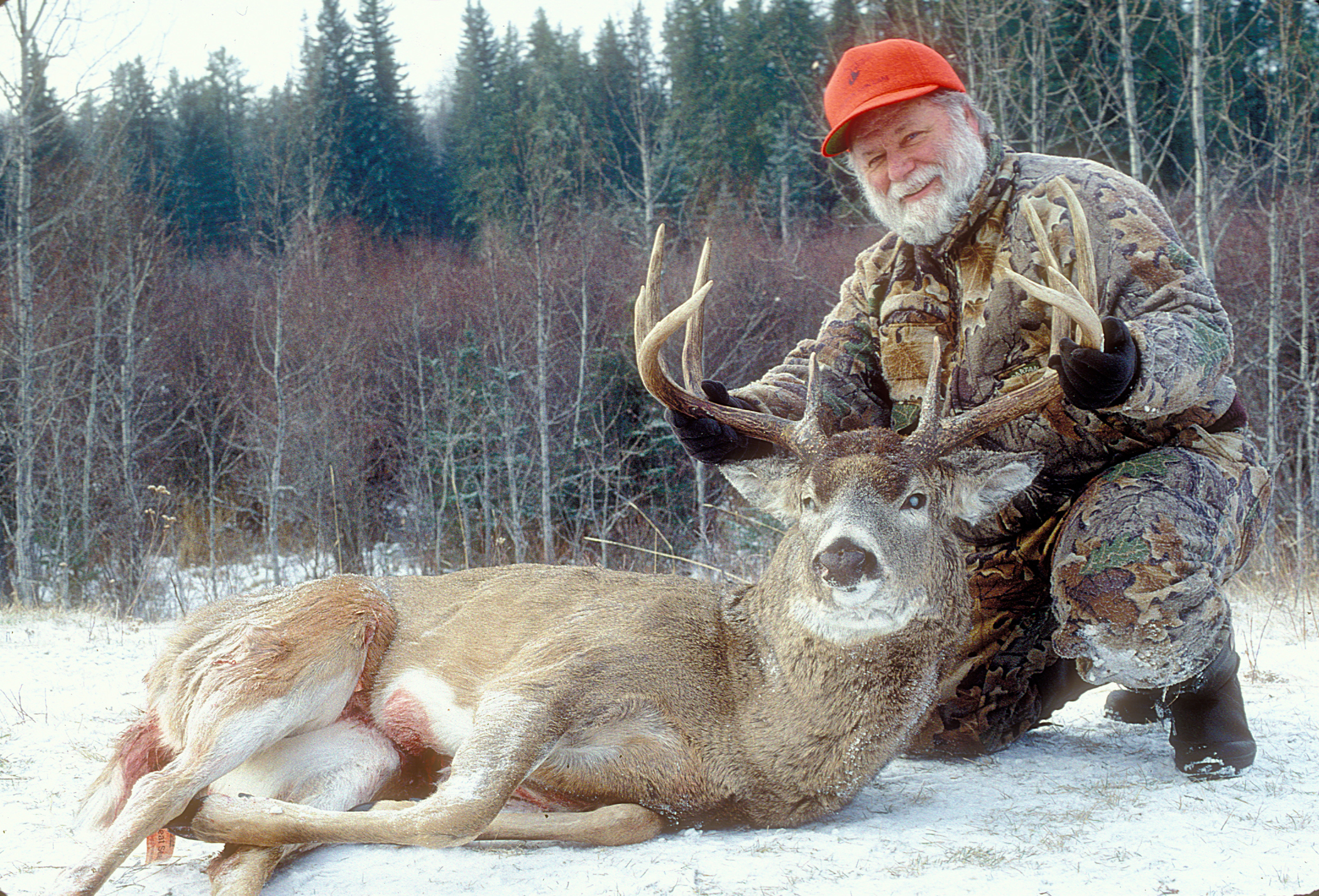 This is my best typical whitetail that I shot in Saskatchewan during November of 1999 while hunting with Proudfoot Creek Outfitters. The buck’s antlers have an official net score of 163 7/8, qualifying for honorable mention in Boone & Crockett Records. The whitetail was 7 1/2 years old and had a dressed weight of 213 pounds. 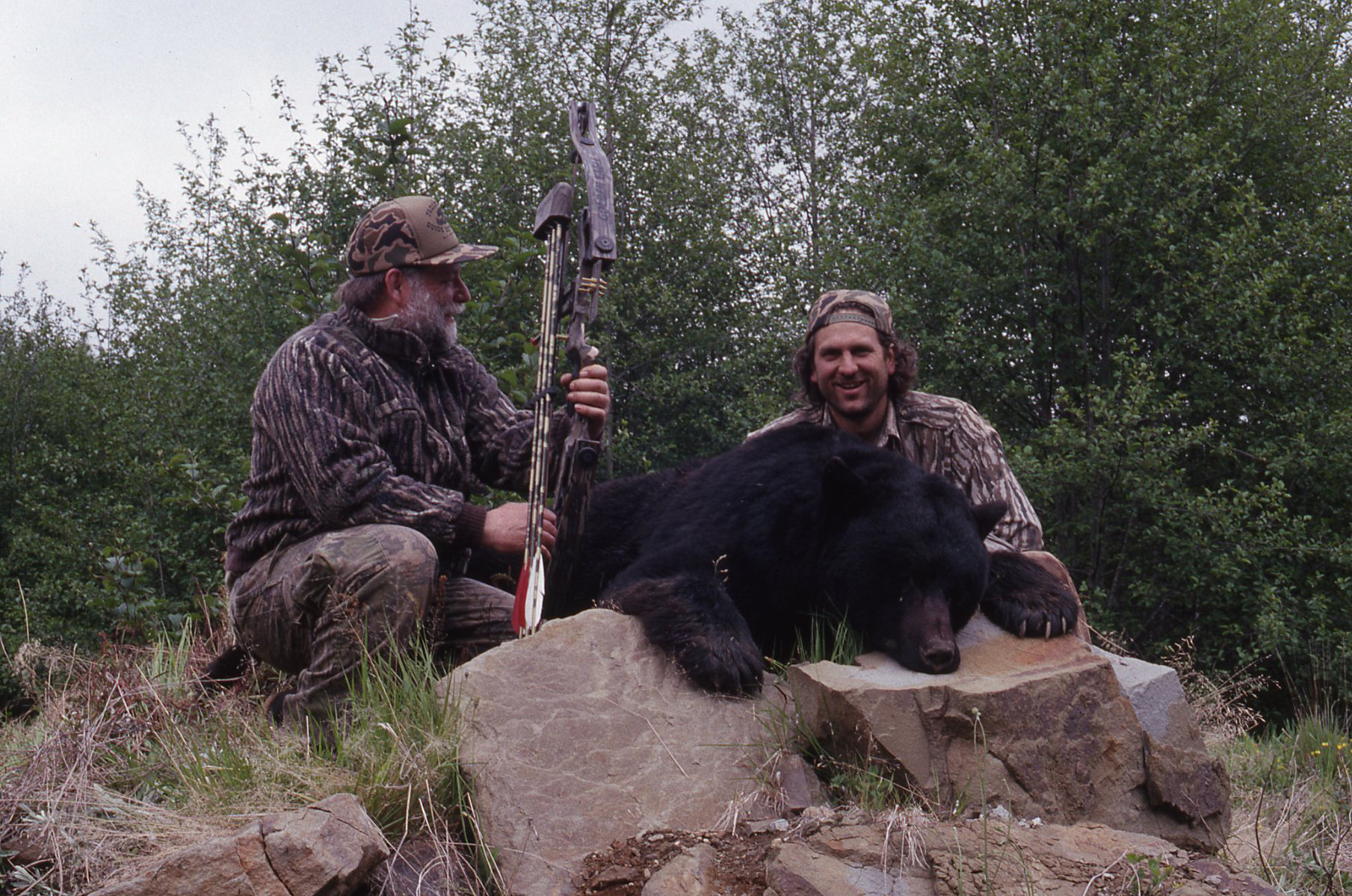 I’ve been fortunate enough to hunt with some celebrity hunters over the years, including Jim Shockey. Here’s a photo of Jim and I during a hunt on British Columbia’s Vancouver Island when Jim guided me to the Pope & Young black bear between us. The spot and stalk hunt took place during the spring. The bear weighed over 300 pounds and the skull exceeded 19 inches. 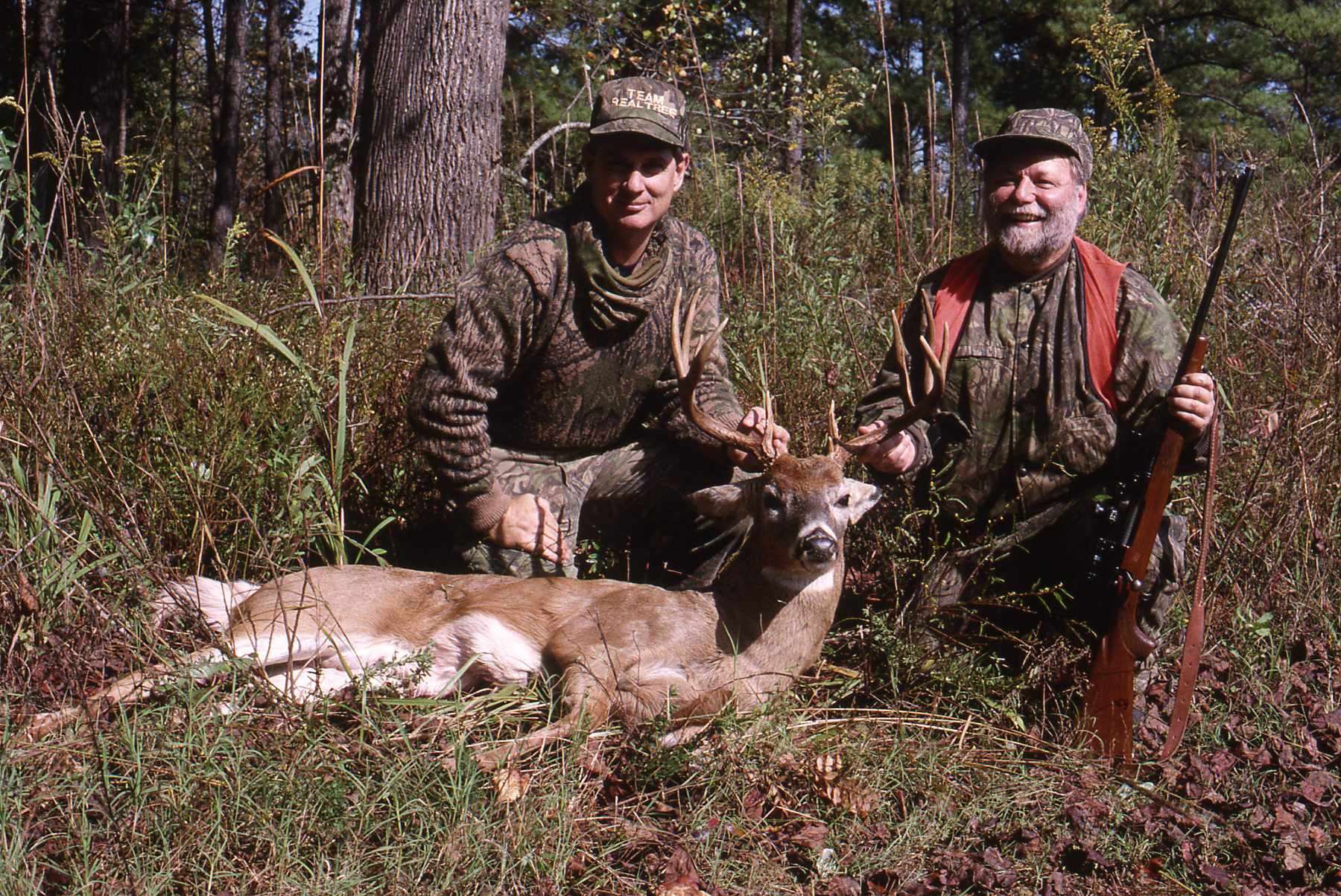 I also hunted many times with Realtree Camouflage designer Bill Jordan from Georgia. Bill poses with me here along with my best Georgia whitetail, an 11-pointer that nets in the 120s. 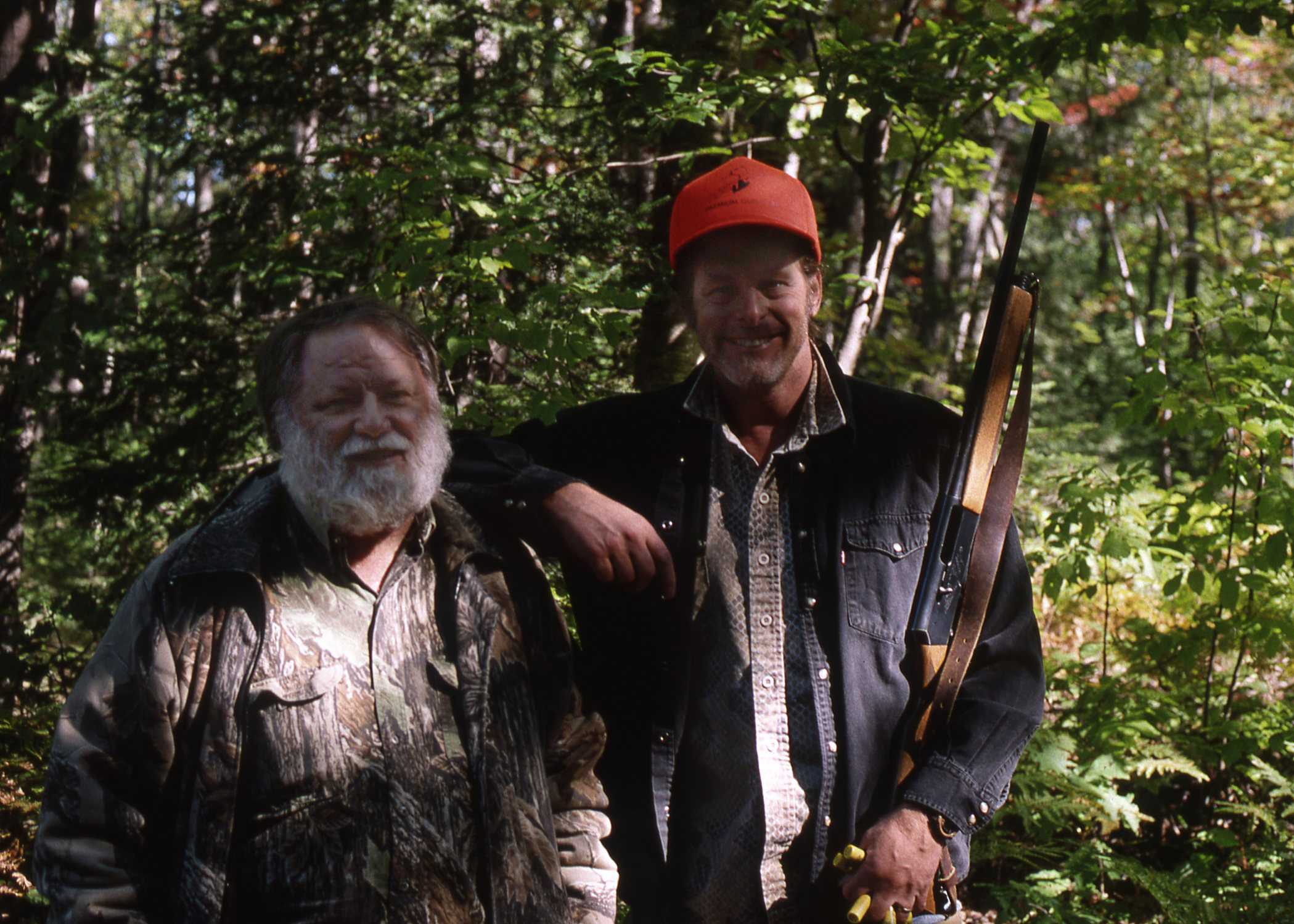 I count rock and roll legend Ted Nugent as a friend and have shared some of his UP hunts.

I routinely walk with whitetails that I’ve gained the trust of like this 7-pointer that is bedded, to get quality photos and video. I often spend hours like this waiting for deer to get up and do something.