A Buck For Tim Kobasic 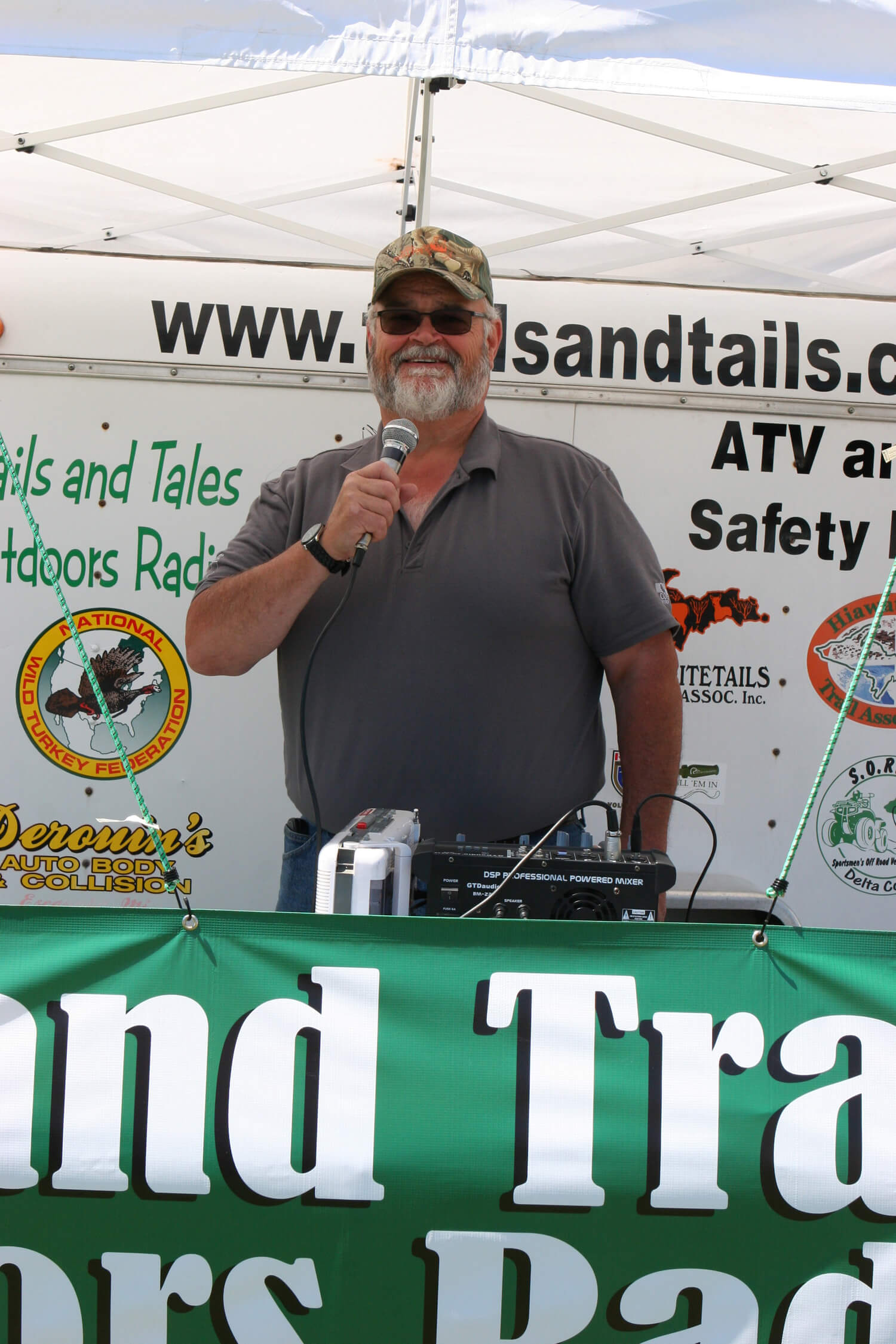 22 Jan A Buck For Tim Kobasic

I would like to dedicate a buck I shot on the last day of the 2018 firearms deer season in Keweenaw County to the memory of longtime friend, passionate outdoorsman, radio show host, newspaper columnist and all around great guy Tim Kobasic from Escanaba. If you knew Tim, listened to his radio program or read his newspaper column you know how passionate he was about the outdoors. For those who weren’t exposed to Tim or his work, you will have to take my word for it.

Since we both covered the outdoor beat, our paths frequently crossed at meetings or events and we sat next to one another at many meetings, so we could talk about what was happening in our lives besides what was going on at that particular meeting. I was also a regular guest on Tim’s radio program. Interviews were routinely conducted over the telephone. I think the last time I talked to Tim was in October. When we said goodbye that time, I had no idea that would be the last time I would be able to talk to him.

I was shocked when I learned about his passing on November 25. I was at deer camp in Keweenaw County at the time and I didn’t get the news until a day or two later. My brother Bruce was hunting with me. We planned on hunting through the last day of the season (Nov. 30) and returning to Marquette on December 1.

I knew Tim would understand my decision to finish out the season. After all, I also knew deer camp is where he would have wanted to be, if he would have had that choice. Neither Bruce or I had filled a tag during the gun hunt up to that point. We were seeing yearling bucks with spikes, 3-points and 4-points on a regular basis, along with does, but we both had combination deer licenses and needed to see a buck with at least 3 points on an antler for a buck to be legal to shoot.

Game cameras that I had at the spots we were hunting had recorded photos of a number of legal bucks at each location, but most of the photos were taken after dark when it wasn’t legal to hunt. During the times that legal bucks were photographed during daylight hours, we weren’t there to take advantage of the opportunity. I was hunting two different spots. On opening day of firearms season, for example, a big 10-pointer with a huge set of antlers went by the stand that I wasn’t hunting during the morning.

When I found that out during early afternoon after seeing his tracks in the snow, I moved to the spot where the big buck had been. That buck’s tracks were as big as those of an elk calf, so I know he would have weighed in the 250 to 300 pound range. Later that day, I saw photos of the buck from my camera to confirm how big he was.

I didn’t see a single deer that evening, of course, but I returned there the following morning before daylight in the hopes the big buck would do the same thing he had done the day before. He didn’t. The only deer I saw that morning were a doe and her two fawns. When I made my way back to my vehicle about 12:30 p.m., I saw fresh tracks of the big buck where he had hit my tracks and had gone in the opposite direction, walking 30 yards from my vehicle in plain view.

The third morning of the season, I stood by my vehicle, with my rifle in hand until after daylight in case the buck pulled that same maneuver. He didn’t and I didn’t see any bucks from the stand that day either. That’s how gun season went for Bruce and I. We routinely captured photos of legal bucks on camera when we weren’t there.

The fact that we were seeing yearling bucks with sublegal antlers on a regular basis, kept our hopes up. One evening, Bruce saw no less than three yearling bucks, two of which were chasing a doe around. He was confident one of the bigger bucks would eventually join the chase, too, but that didn’t happen until after dark.

By being persistent, however, we felt our luck would change. That didn’t happen until the season was almost over. On the morning of the 30th, I saw another spikehorn that I was forced to pass up due to mandatory antler point restrictions on my license. When I went to pick up Bruce at midday for lunch, I saw another buck tending a doe from the vehicle that was also a spikehorn. And Bruce passed up a buck with long spikes that morning, too.

I was back in my stand by 2:30 p.m. Based on what I had seen earlier, I knew there was still some breeding activity going on. Since it was a calm day with little wind, I used a Primos Can Call to make some estrus doe bleats at regular intervals. I made several doe bleats about 4:15. A few minutes later, I saw a deer approaching.

Since I had learned about Tim’s passing, I spent a lot of time thinking about him; time we had spent together, how much impact he had on so many lives, his family’s loss and the void his passing created. Visitation at the funeral home for his passing was underway at the time I saw that deer. Even though I didn’t attend, I was there in spirit and I felt Tim’s spirit was with me while I was deer hunting.

It was more than a coincidence that when I looked at that approaching whitetail through my rifle scope that I saw it had 3 points on each antler. I think Tim had a hand in my seeing that buck. The deer was circling my position to get downwind. He was coming up a shallow valley that led behind a ridge to my right.

I decided to shoot the buck before he went behind the ridge. I picked an opening between the trees about 50 yards away for taking the shot. I put my crosshairs on that opening. When the buck walked into that opening and my sights were on his shoulder, I would pull the trigger, which I did.

Instead of dropping, the buck took off running away from me like he wasn’t hurt. I’ve seen fatally hit deer do the same thing before. I always assume my shot connected and keep shooting to put the animals down as quickly as possible just in case my first shot wasn’t as good as intended.

I took a second shot as the buck ran through an opening and he kept going, but he stopped when about 100 yards away. The odds of connecting on that shot were not anywhere as good as the first shot, but I wanted to continue following up on the buck as long as I could. I aimed the best I could and shot for a third time. The buck then resumed running and was soon out of sight.

When I climbed out of my tree stand, I was concerned that I might have missed my only chance at a legal buck during gun season. With snow on the ground, it didn’t take long to find the buck’s tracks. My worst fears were confirmed when there was no sign of a hit where the buck had been when I took my first shot. My bullet must have been deflected by a branch I didn’t see.

There was also no sign of a hit when the buck was running. When I reached the spot where the buck had stopped, however, I saw a clump of deer hair on the snow. My third shot had connected. I followed the buck’s running tracks for about 40 yards though without seeing any blood.

The bleeding started after that, and was steady. The buck had fallen after he went out of sight, starting down a slope. That isn’t the first time a followup shot has killed a buck when my first round missed, but this case was different. Just like Tim helped put that buck in front of me, he helped make my last shot count on that buck. Thanks Tim!

Sorry, the comment form is closed at this time.